Visit our gallery and look at of our beautiful Buddha Statues

Venerable Shin Arahan was the bishop of the Pagan Kingdom from the mid 11th century to early 12th century. He was born in the year 1034 and was native to the Thaton Kingdom. He was a religious advisor to the four Pagan Kings for Anawrahta to Alaungsithu. He was popularly known for the conversion of Anawrahta to Theravada Buddhism which is viewed as a key turning point in the history.

The monk Shin Arahan has first appeared in the chronicle of Maha Yazawin of 1724. He was also mentioned in the chronicle of Hmannan Yazawin. The stories in these chronicles have been questioned regarding the accuracy but most historians believed it as genuine. Even though he has been mentioned in the chronicles, his origin of place and other family information are unclear. Like- the documentation supports him to be the descent of Mon and was born in Brahmin's virgin wife but when asked, he replies that he was of the race of Buddha and he follows the Buddha's dharma.

When he was young, he traveled to the northern kingdom of Pagan. The main reason for the migration was the increasing influence of Hinduism at Thaton. At Pagan, he met the king Anawrahta and converted him to Theravada Buddhism from native Ari Buddhism. The conversion was easy because the King Anawrahta was dissatisfied with the practice of Ari Buddhism. They ate evening meals, drank liquor, presided over animal sacrifices, and enjoyed a form of ius primae noctics. Therefore the relationship between Shin Arahan and King Anawrahta was found to be perfect. 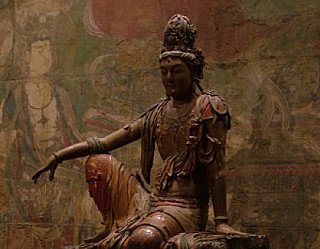 Shin Arahan, with the help from King Anawrahta, implement his dream of purifying the religion while King Anawrahta found a substitute to break the power of the clergy and a helpful person, Shin Arahan who could help him to accomplish the task.

Reforms under the guidance of Shin Arahan

King Anawrahta under the guidance of Arahan implemented a series of religious reforms throughout his kingdom. The reforms increased its speed after the conquest of Thaton because the Pagan got lot more scriptures and clergy that the Pagan needed to accomplish the dream. The scriptures were then preserved in the Tripitikataik library.

Anawrahta also took the powers from Ari monks. He declared that his court would no longer heed if people yield their children to the priests. Therefore, the priests who were in bondage gained freedom and followed a new way for the path of enlightenment. But numbers of Ari monks didn't change according to the new reformations. For them, Anawrahta banished who migrated to Popa Hill and the Shan Hills.

After these events, Shin Arahan invited Buddhist scholars from neighboring states to Pagan with the objective to revitalize more orthodox form of Theravada Buddhism. Anawrahta also invited scholars from the Mon lands and Ceylon, as well as India where Buddhist monks were avoiding the Muslim conquerors. Hence, these events and invitations helped to revitalize a more orthodox form of Theravada Buddhism.

Shin Arahan also supervise the training of the sangha and found over a thousand monasteries across the Pagan kingdom. This activities of Shin Arahan helped to spread the teachings of Buddha.

In 1077 CE, King Anawrahta died and the reforms that were initiated by King Anawrahta and Shin Arahan took place for some two decades more. Shin Arahan stayed as the religious adviser for the next three kings- Saw Lu, Kyansittha, and Alaungsithu.

Shin Arahan died at the age of 80 in 1115 during the reign of Alaungsithu at the Pagan Kingdom. He was then succeeded by his student Shin Panthagu.

Shin Arahan's version of Theravada Buddhism is far different than the Burmese traditions but his legacy looms in the Burmese history. The main key point for the Buddhism to grow in Pagan was the conversion of Anawrahta. These actions helped to preserve the Buddhism and Buddhist school as the Buddhist monks and the monasteries in other areas experienced huge losses due to different factors.

View our collection of Temples / Shrines in our gallery 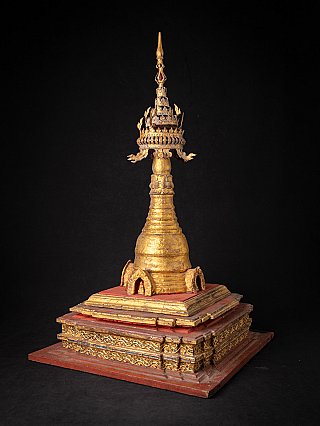